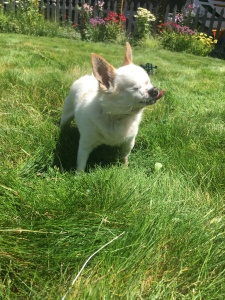 This is the year where I learned how truly ignorant I was (and still am!) about gardening, and in particular, about planting with perennials. I honestly had no idea how many perennials are deciduous (a new word!), and die down to come back the next year.

By the end of 2018, most of my beautiful new plants seemed gone, and I thought I killed them all. Once I realized that they were supposed to come back, I still didn’t know what perennials look like when they are emerging in the spring, and given how weedy our yard still is (lesson one: when they say to rid your soil of weeds before planting, apparently they really mean it), when they did start to come up, I didn’t know what was a plant and what was a weed!

That second year, many of our plants from year one came back, but many either didn’t return, or I mistakenly pulled them, thinking they were weeds. So this year was a bit of a let down as well as a learning experience.

We put in a bunch more plants and did a bit more hardscape. I also bought a bunch of little plastic plant tags, and dutifully marked every single plant in the yard so that I would not lose my plants again. (Be sure to check out Year Three to find out how this foolproof plan failed me.)

Another problem that demanded a solution has to do with the puppers. Our next door neighbors have five dogs, and one of them, Kita, loves to run along the fence and bark at our dogs, and Jerry and Nixie can spend endless amounts of time running back and forth along the fence, tearing up the plants while they do it, fighting with Kita through the fence. We tried putting a low wire fence along the edge of the path to keep them out of the plants and away from the fence, but it was cheap and flimsy and the dogs just jumped over it anyway. 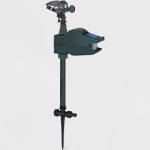 Next we got a motion detector automatic waterer which we set up so that it would spray the dogs when they were at the fence. It was shocking how quickly they got used to the water! Needless to say, we lost yet more plants this year.

Here’s what the garden looked like in spring of 2019. 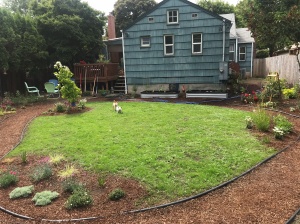 Early springtime from the back of the garden 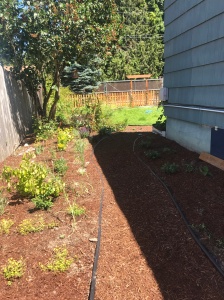 Very early spring in the Hellscape 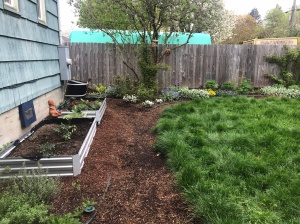 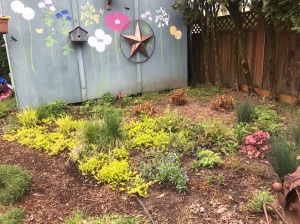 Early spring in the shade garden 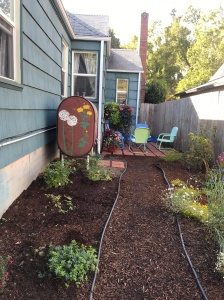 Springtime in the ol’ Hellscape. Sweet woodruff coming up on the left plus two bleeding hearts that I thought had died. On the right is what looks like Erigeron. If it is, it did not return. 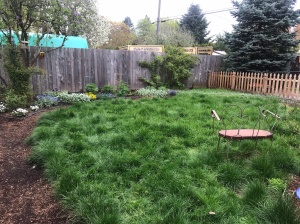 The grass is looking lush and the candytuft, lithodora, Siberian bugloss, and alyssum are filling in. Note that as of May 2020, there is just a single stem, and one single yellow flower, left in the alyssum. 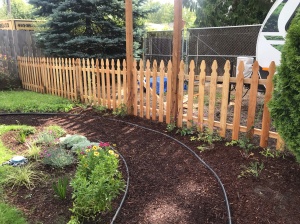 This is a bit later in the spring, and the artemisia, coreopsis (which decided to skip out on returning in 2020), allium and dianthus are coming in 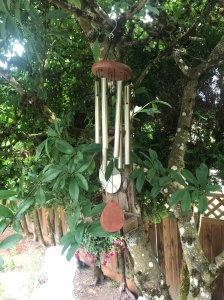 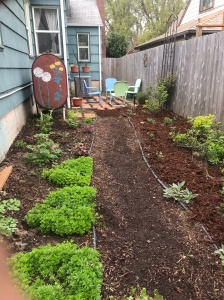 A bit later in the slightly less hellish Hellscape 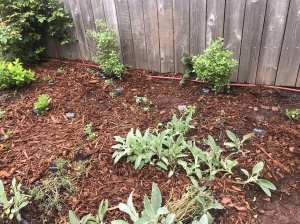 A bit later in the shade garden